A Letter to My Pastor on Faith and Science (Guest Blog)

[From one of the Scientists in Congregations churches...] 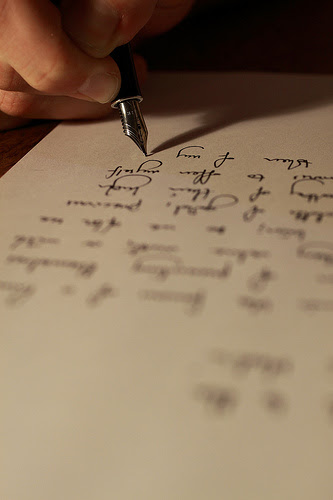 I would like to let you know how the weekend on Faithful Science has impacted my life.  First, however, I need to give you a brief background.

I was raised in a Presbyterian church with “feel good” sermons which had little emphasis on the Bible.  As a young adult, I began seeking for denominations that focused more on scripture and found myself for years in more fundamental Christian denominations which elevated the scripture as absolute truth.  Two events happened in my life that forced me to deal with some of the inconsistencies that I chose to ignore.  One was while my husband was completing his PhD, he decided he could not deal with the inconsistencies in scripture and chose to become agnostic.  This resulted in many angry and frustrating conversations as I tried to defend the Bible but did not have the tools to refute his belief that there was no absolute truth.   For the sake of family peace, we chose to agree to disagree, and we basically dropped conversations about faith.   And then, many years later as our sons became adults, I again found myself trying to defend my faith and some religious habits that did not make sense to them.  Out of frustration of not being able to give a reason for my faith, I began a quiet search to discover if this God I loved was who I had believed all these years and was the Bible true.  My academic background is in health sciences and I began to question what would this mean to my faith if the scripture could not withstand some of the conclusions of evolutionary sciences.   I realize now, I was afraid and many of the heated discussion that I had with my loved ones originated from that fear.

Space does not allow me the opportunity to detail out this journey but I would like to highlight that my attendance at the Faithful Science Conference placed my feet on stable ground as I listened to the two scientists who presented that weekend.  They confirmed what I had just begun to come to terms with; I did not need to be afraid that my appreciation of science and faith were incompatible.  I began to listen with an open mind and heart to how these well-respected scientists worked out what had been previously noted as inconsistencies in Genesis.  Whether we were talking about astronomy or geology, these faithful scientists came back to scripture and tied in the importance, the relevance of faith today in light of the new “revelations” of science.  Since that time, I have read several books from other Christians who are scientists and I am a frequent reader/listener to various websites.
But the most important piece is that I have apologized to my husband and my son who both have chosen to be agnostic.  Because I no longer fear that I will lose the faith that has been so vital to me all my life, I can freely share my love of God and science.  At this point in my journey, I may not know how to intelligently carry on a discussion like well-known apologists, but I can share from my personal experience about the journey I am on, not only with non-believers but believers.  And the robin’s song this spring morning was all the more sweet because of this journey.

(The name has been changed for anonymity)
Posted by My Reflections at 7:05 AM

Email ThisBlogThis!Share to TwitterShare to FacebookShare to Pinterest
Labels: religion and science